Susan Kielb is Principal of SK Dance Studio with over 40 years of teaching experience to her credit.

From the age of 5 when she first started dancing lessons, Susan knew what she wanted in life… to be a professional dancer. She worked hard as a part time student throughout her formative years, then at eighteen, Susan won a place at the prestigious Muriel Tweedy School of Dance in Manchester where famous dancers and choreographers such as Arlene Phillips were trained. There Susan completed 3 years of full time training as a career dancer, then a further year to earn her professional teaching qualifications.

On completing her training, Susan gave up a full-time dancer’s contract in Japan to establish her own dancing school. And so, back in 1974, the Susan Kielb School of Dance was founded. Through her various professional memberships, Susan continues to update her teaching credentials to this day. This ensures that the overall direction Susan gives the school as Principal keeps the syllabus and dance content relevant for today’s dancers. Classical Ballet expertise and amazing tap dancing choreography are Susan’s specialist areas.

Kimberley is a graduate of the prestigious Northern Ballet School in Manchester. Following a glittering professional dance career spanning stage and screen, she joined the SK Dance Studio team in January 2018.

Kimberly has loved dancing since she was a little girl, and at 16 was accepted into the Northern Ballet School in Manchester – an international centre of excellence in training for classical ballet and musical theatre. After graduating NBS with a National Diploma in Professional Dance, she embarked on her professional career in Las Vegas, where she joined the cast of “Spirit of the Dance” – a show that smashed box office records in over 20 countries, and has won more awards than any other dance production.

Since then, Kimberley has been lucky enough to tour the world with the company and their various shows, including “Dancing Queen” and “Broadway”, and perform on “The XFactor”. Other credits include; Norwegian Cruise Lines with The Jean Ann Ryan Company, “The Thursford Christmas Spectacular”, “Celtic Journey” with First Family Entertainment, “The Essence of Ireland”, Celebrity Cruises with Qdos Entertainment, Cunard Queen Elizabeth and Queen Victoria with Qdos Entertainment and P&O Britannia, where she was fortunate enough to appear on “Ant and Dec’s Saturday Night Takeaway”. Kimberley spent last Summer performing in “Legends” in Blackpool, and just finished dancing in the pantomime “Cinderella” at the Birmingham Hippodrome.

Kimberley teaches ISTD tap and modern syllabus in our Saturday school, as well as our student classes on Tuesdays.

Paige gives up her time to help inspire and support our younger students.

Currently a member of the SK Dance Studio upper school, the commitment that Paige shows is testament to the ethos of the school as a whole.

A talented dancer herself, Paige chooses to give up her free time on Saturdays – and often in the week too – to assist the SK Dance Studio teaching staff in inspiring and developing our younger students.

Abby is a real hit with the little ones, holding their hands and helping to build confidence.

Also a member of the SK Dance Studio upper school, Abby has been dancing with Susan since she was just three years old.  Abby’s love of dance leads her down to the dance studio every Saturday, where she always has a big smile and a helping hand for our younger dancers. 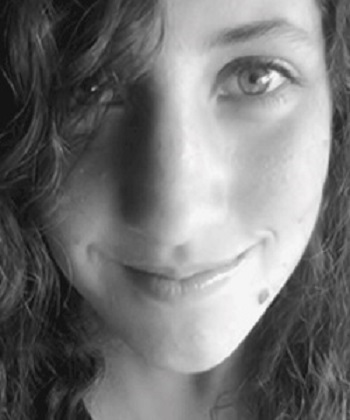